The Fort city of Tamil Nadu, Vellore sits on the edge of the Palar River. Vellore was ruled by numerous kingdoms in the past, including Pallavas, The Cholas and Vijaynagar. This resulted in diverse history and culture of the city. The Vellore Fort here remains a popular historical attraction built during the 16th century AD. Many dynasties stayed in this fort which houses a church, a temple and a mosque. Jalakandeswarar Temple of Vellore is an excellent representation of the Dravidian architecture beautified with finely carved stone pillars. Other than these, one must also explore the Srilakshmi Golden Temple of Vellore which is also known with the name of Lakshmi Narayani temple. The whole structure of this temple is gold coated which makes it look like a shining golden star. 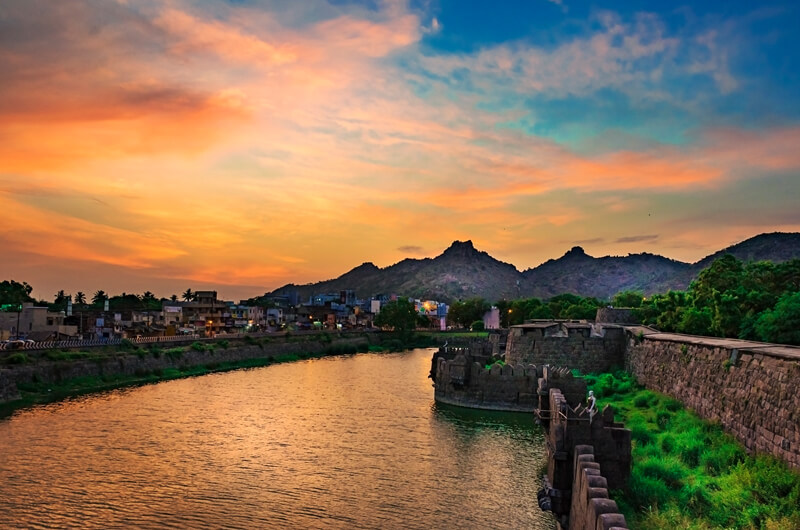